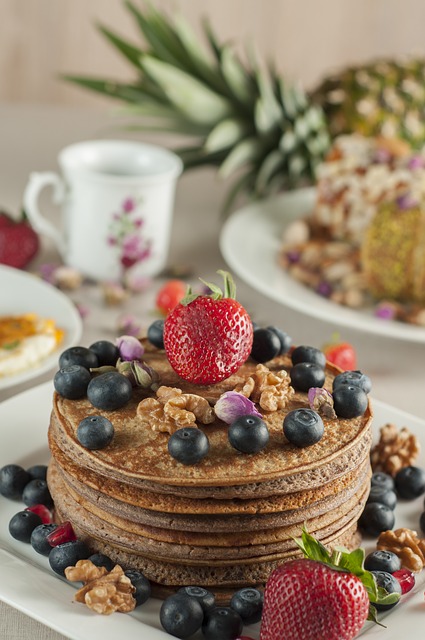 IN June 1967, the future Queen Margrethe II of Denmark raised many eyebrows when she refused to accept a classic wedding cake from a local baker’s guild. The young princess and her fiancé instead ordered two overflødighedshorn, the cakes that she proclaimed to be “truly Danish.”

Cornucopia-shaped cakes are baked the world over, usually around harvest-time. But the Danish cornucopia cake is more than an expensive celebratory cake; for many Danes, a major life event is incomplete without a serving of overflødighedshorn.

This unique marzipan cake has a deep cultural meaning. The name is a transliteration of Latin cornu copiae, meaning horn of plenty. In Greek mythology, Zeus snapped off the horn of Amalthea, the magical goat, causing a fountain of food to appear. Legend also had it that Hercules broke off one of the river god Achelous’s horns, which nymphs then filled with seasonal abundance. Meanwhile, in Norse mythology, the goddess Idun poured the elixir of immortality and youthfulness from a horn. All of this symbolism is captured in the form of the Danish overflødighedshorn.

But the cakes weren’t made in ancient times. Instead, marzipan cakes appeared in Denmark after almond paste arrived via Persia in the Middle Ages. Almonds were imported and expensive, making marzipan a status symbol. Food historian Gunvar Maria Juul translated a description for making marzipan cakes from Denmark’s oldest cookbook, published in 1616, as “a paste of peeled almonds, sugar and rose water … shaped and cooked in a copper pan between layers of embers.”

Marzipan cakes achieved their iconic design as Copenhagen’s bakeries became centers of creativity and extreme competition for royal favor. Bi Skaarup, the late food historian, noted that cornucopia-shaped marzipan cakes are a relatively modern invention, created by a Copenhagen baker in the late 1700s. Ever since, they’ve remained the epitome of a baker’s skills and a mark of the high class of his clientele.

The light-colored tubes on the right in this 1611 painting may be early marzipan cakes. Public Domain

Recently, I received an invitation to attend the baking of a grand overflødighedshorn at La Glace, a legendary Copenhagen institution founded in 1870. When I arrive at the bakery, owner Marianne Kolos points out that the two trumpet-shaped motifs adorning their logo are, in fact, overflødighedshorn.

Early mornings at La Glace are especially busy when there’s an enormous overflødighedshorn to bake, with employees working on the cake in relay to assemble it in time. It is so time-consuming to prepare that a …….